For C&S’ Fall Symposium, 2013, we traveled to Washington D.C. to be admitted to the Supreme Court of the United States!  Ehren, Kathryn, and Allison were sworn into SCOTUS upon the motion made by Phil, who was previously admitted in 1986.  Phil is now dubiously undefeated in SCOTUS.  We sat directly behind Arthur Lien who is the artist who created this sketch during oral arguments in Town of Greece, New York v. Galloway et al., which was the primary case being heard that day.
Mr. Lien has built his career “going where cameras cannot,” and sketching courtroom proceedings since 1976 – mainly for NBC News.  A framed copy of the courtroom sketch is now hanging in our office for everyone to enjoy.  Town of Greece, New York v. Galloway et al. was a religious freedom case brought by two women, one Jewish and one atheist, against the town of Greece where town council meetings had opened with a prayer since 1999.  The women asserted that the prayer was offered exclusively by Christians and argued, in part, that the opening prayer amounted to coercion because they, along with other members of public, were often required to appear before the board for town business and in order to do so effectively, they were first required to pray.  It was the first case on legislative prayer to come before the court since 1983.  The case was of significant public interest and drew national television crews, protesters, and law students eager to watch the oral arguments.  However, prior to the oral arguments, they witnessed our admission, which was the Court’s first order of business that day.

After experiencing inside the beltway like an insider, we returned to being tourists and experienced lunch at the infamous original Ben’s Chili Bowl, and visited Lincoln Memorial, Arlington Cemetery and the Spy Museum.  We enjoyed cocktails on a patio in charming Georgetown followed by dinner overlooking the city on the rooftop at the W Hotel.  Here are some pictures from our D.C. adventure! 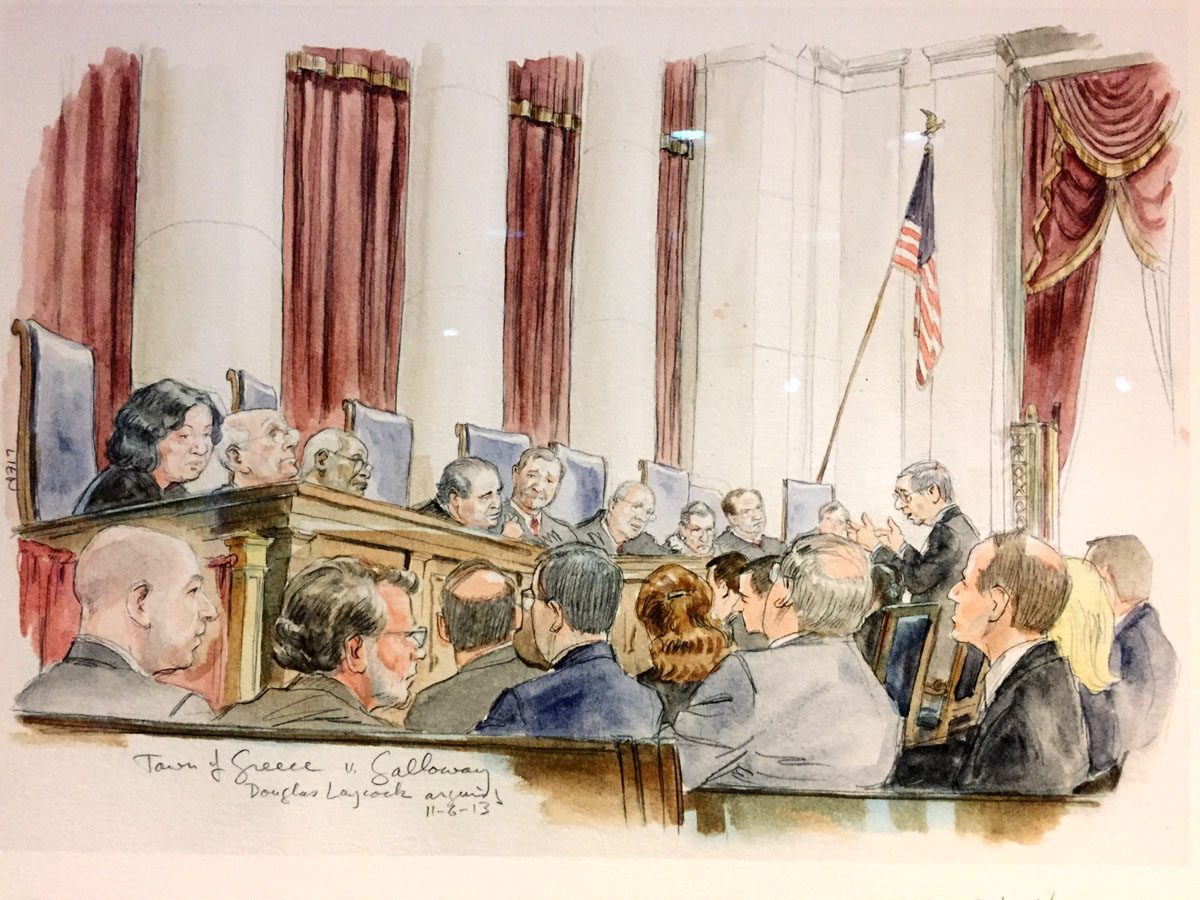 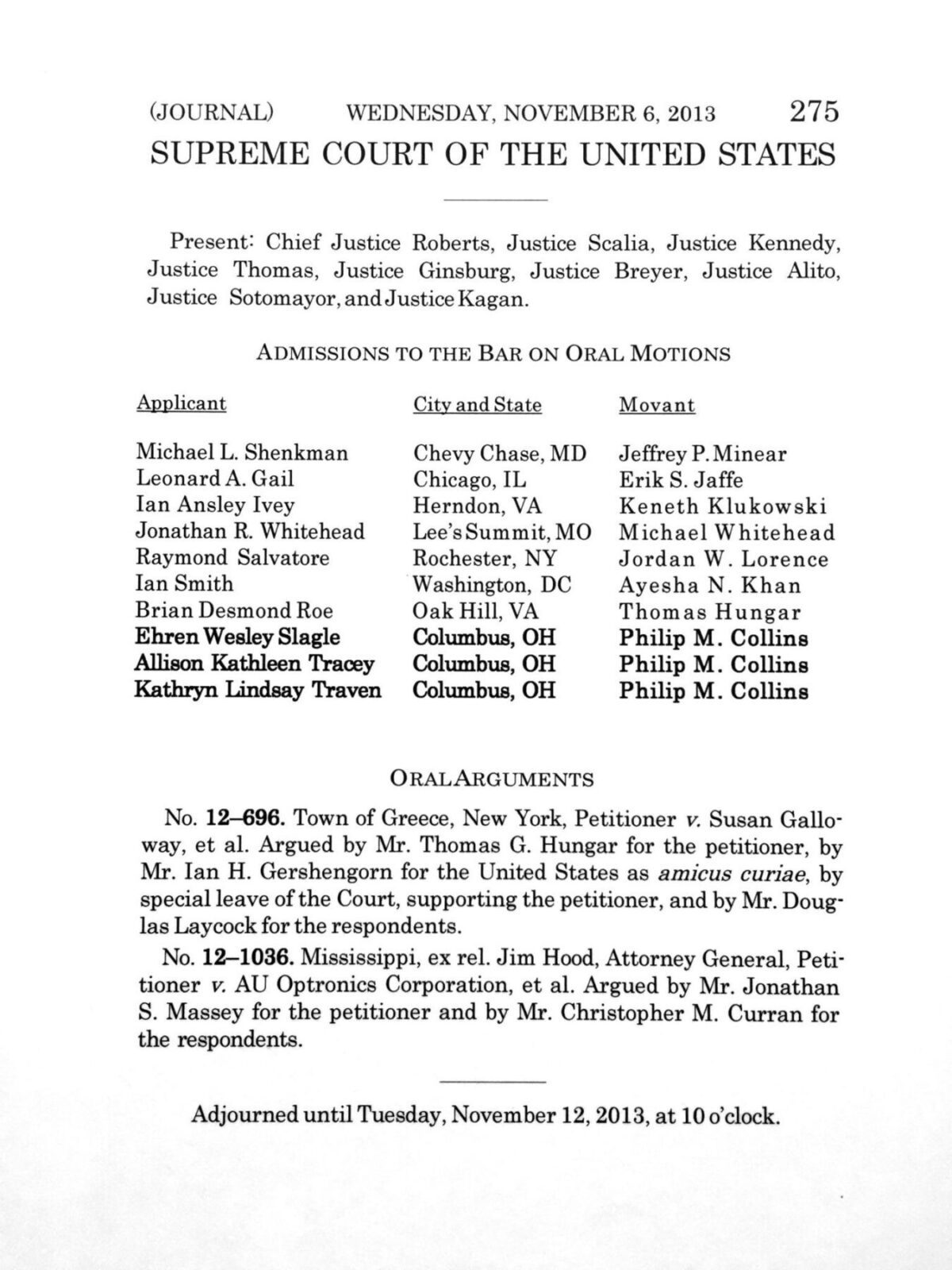